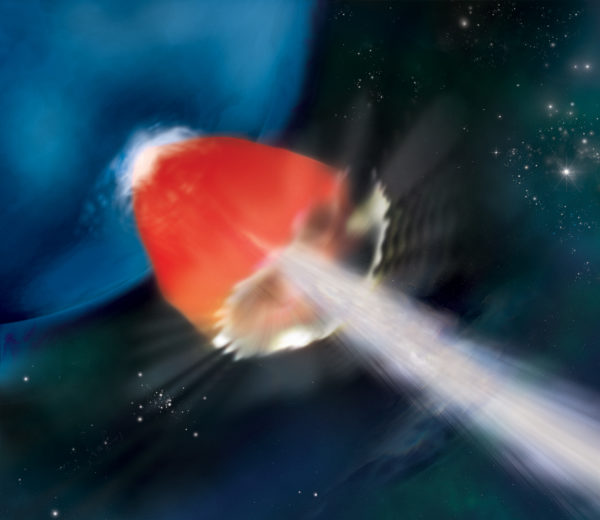 The NASA Swift satellite observed a long-lasting blast of high-energy light, revealing that the gamma-ray burst was a rare and newly recognized class of ultra-long gamma-ray burst emanating from a galaxy so far away that its light had been traveling for 3.9 billion years.[2014] 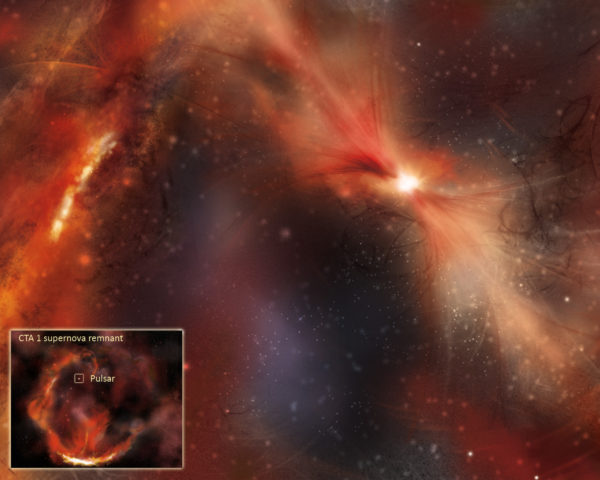 Previously, the nebula CTA 1 showed an expanding supernova remnant, a jet, and a point source expected to be a pulsar. But no radio pulses were detected. NASA’s Fermi Space Telescope has solved the mystery with some of its initial observations indicating that the point source is pulsing at gamma-ray energies. The strange source is the first of a class that might be dubbed “dark pulsars”, rotating neutron stars that appear to pulse only in high-energy radiations. 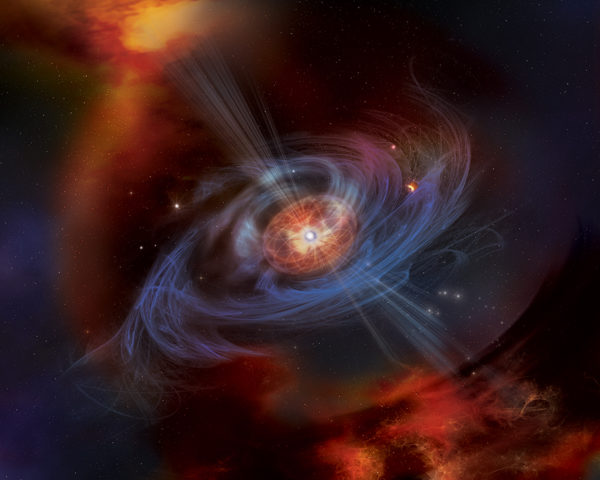 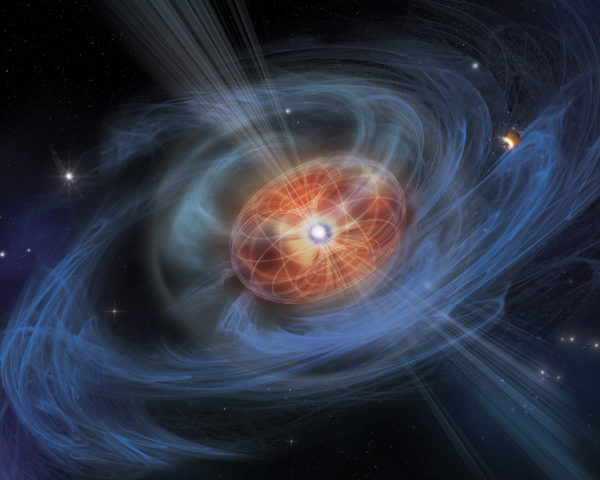 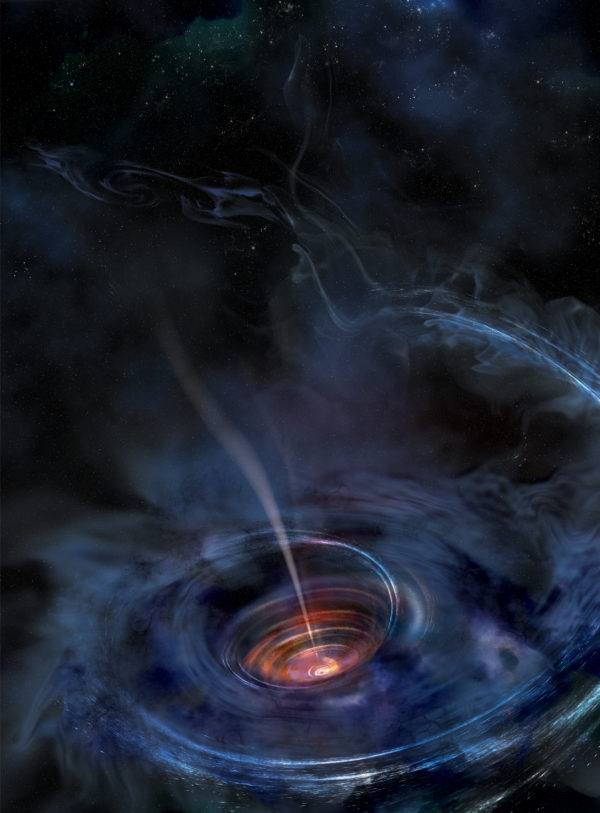 Swift observation of a Supermassive black hole following the tidal disruption of a star that wandered too close. 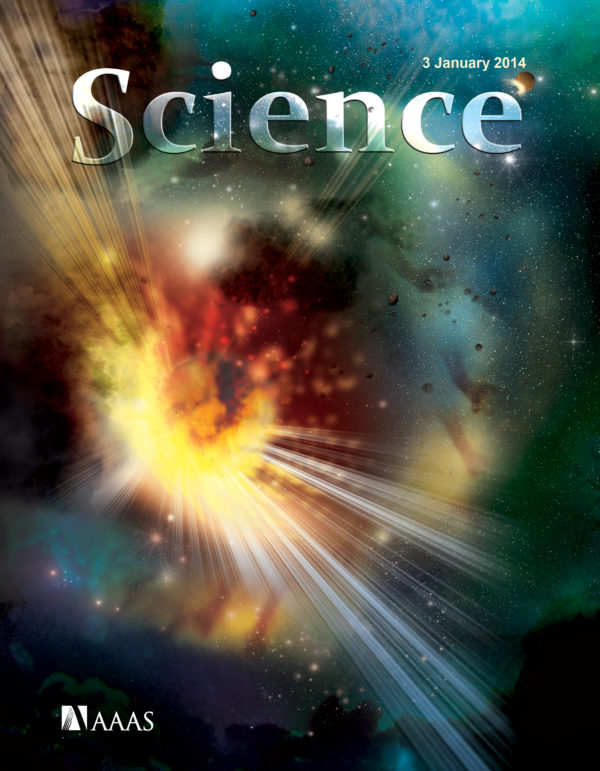 Fermi mission Gamma-ray burst observation which was use on the cover of the January 3 2014 Science Magazine issue. 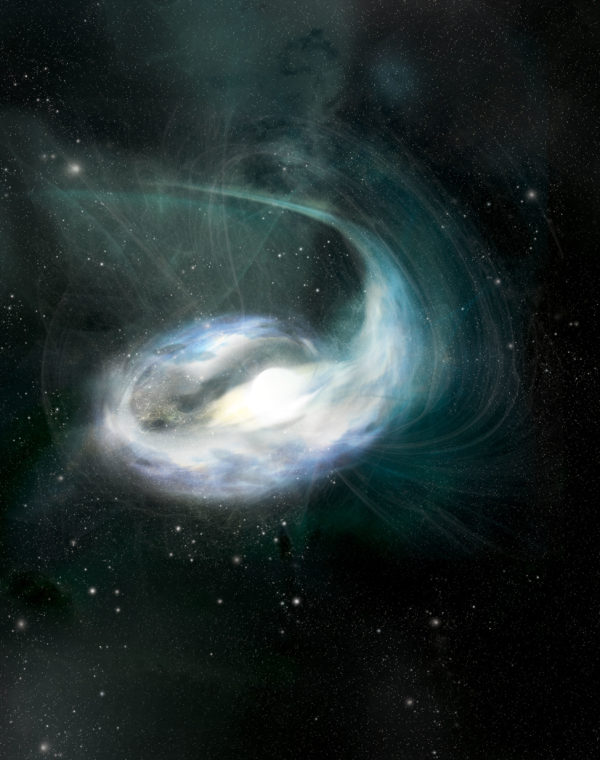 An asteroid or comet too close to a neutron star being shredded. Gamma rays would be produced as the debris hit the star, as seen in this illustration. 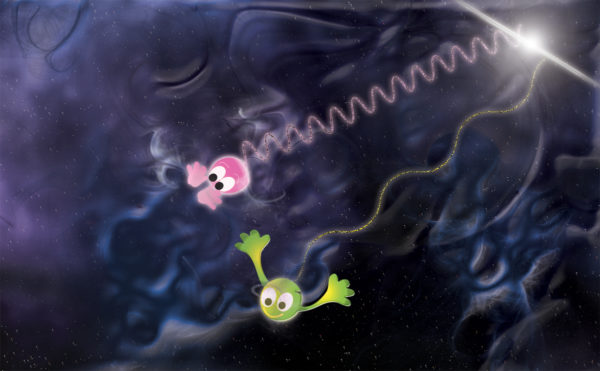 In this illustration, one photon (purple) carries a million times the energy of the other. Some theorists predict travel delays for higher-energy photons. However, Fermi data on two photons from a gamma-ray burst fail to show this effect. 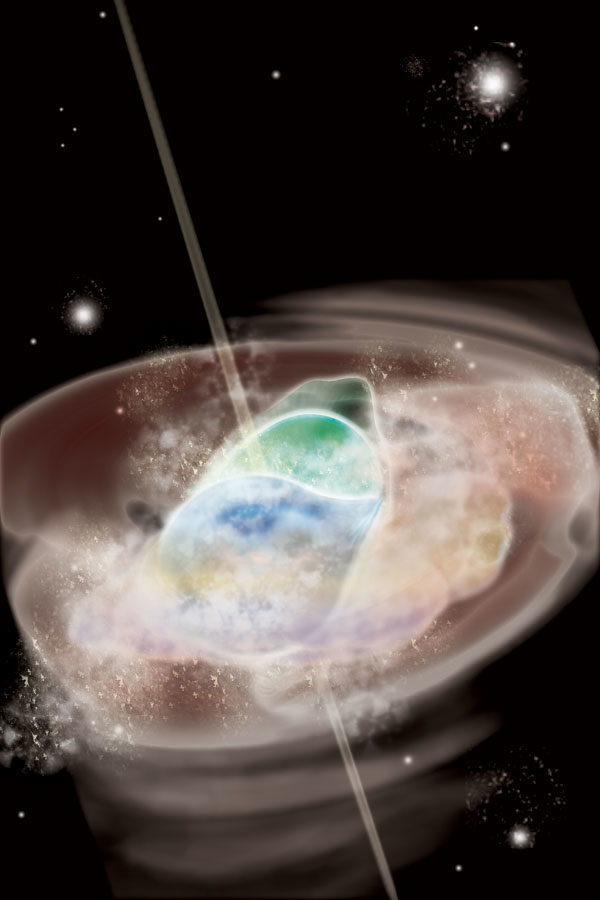 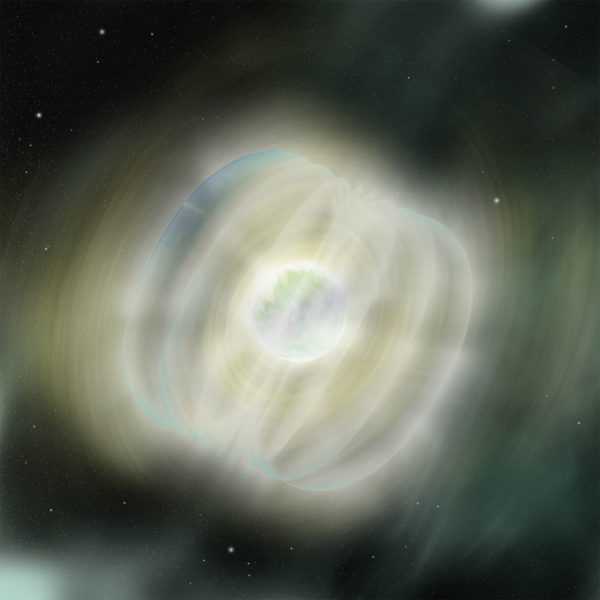 Rendition/schematic of a dense magnetar, a neutron star possessing a magnetic field trillions or even quadrillions of times stronger that Earth’s. 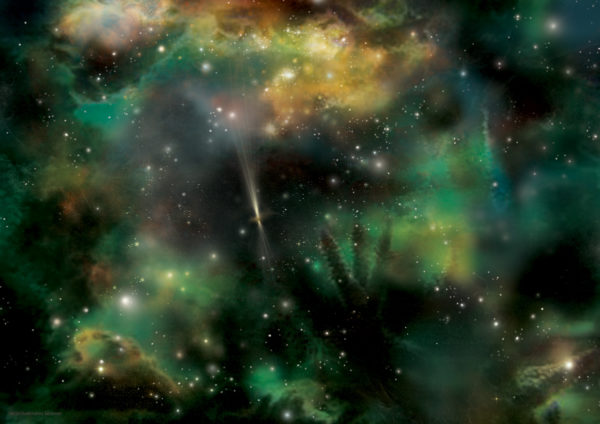 Illustration of a gamma-ray burst occurring in a dusty region of intense star formation.