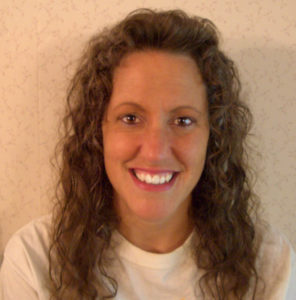 A native of France, I moved to the United States after high school to achieve my dream in higher education. I attended Chabot College (Hayward, CA) where I earned my AA degree in Graphic Design. Then went on to the University of California, Santa Cruz, where I developed an individual major entitled “Physical Science Illustration,” using my passion for astronomy and expanding my strengths as an artist. I built my own curriculum, combining science classes in physics, astronomy and natural science illustration. Alongside my sponsor physics professor, Don Coyne, I designed my senior project, which consisted of a large poster of the MILAGRO Telescope (located in Los Alamos) and a triptych of three posters showing the evolution of the explosion of a primordial black hole. The summer after graduating, I did an internship with the Search for Extra Terrestrial Intelligence (SETI) League, based in New Jersey. I worked on a rendering of their future array of sixteen telescopes among other projects. I then was hired as a Scientific Illustrator with the Education and Public Outreach group at Sonoma State University, CA, and have been there for over 16 years.

I speak English and French fluently. I am a passionate synchronized swimmer and participate in national and international masters competitions.