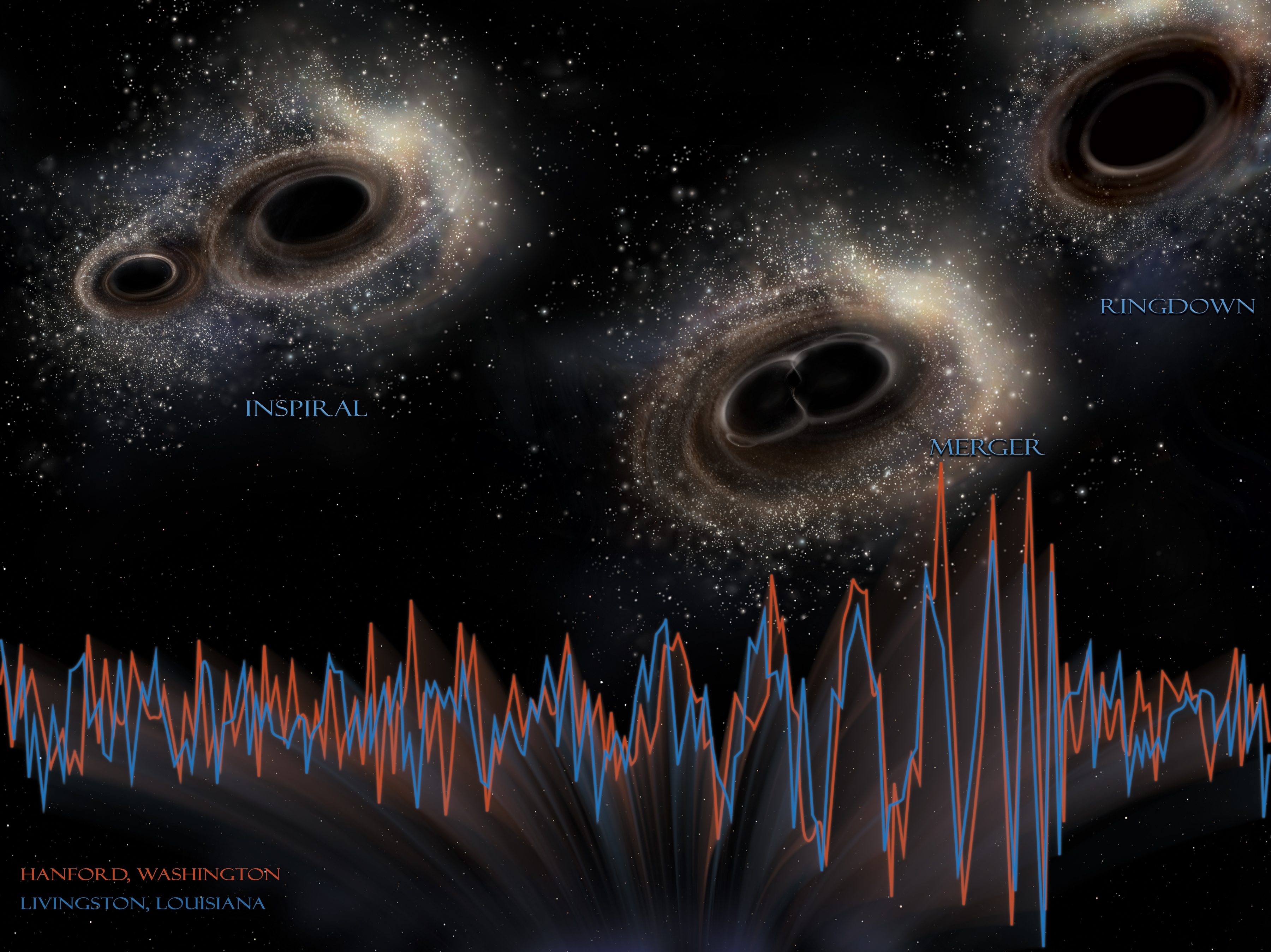 GW150914 is the first ever detection and proof of the existence of gravitational waves!

The waveform, detected by both LIGO observatories, Hanford and Livingston, matched the predictions of general relativity for a gravitational wave emanating from the inward spiral and merger of a pair of black holes of around 36 and 29 solar masses and the subsequent “ringdown” of the single resulting black hole.

It was also the first observation of a binary black hole merger, demonstrating both the existence of binary stellar-mass black hole systems, and the fact that such mergers could occur within the current age of the universe.

This image was featured on the APOD [Astronomy Picture Of the Day] site the day of the announcement.